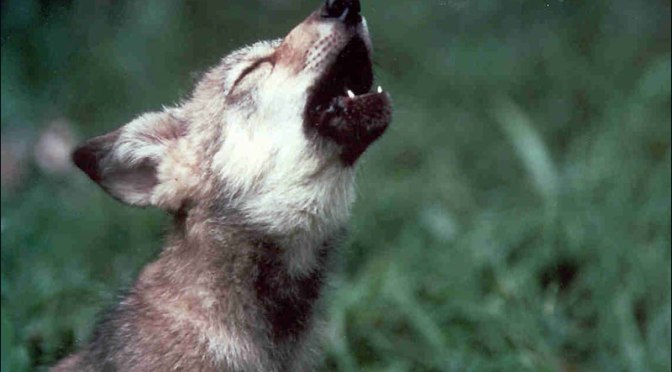 There hasn’t been a wild gray wolf sighting in California since 1924. Until this year.

The wolves were spotted in August in the woods in the northern part of the state, near Mount Shasta, and consisted of two adults and five pups – believed to be only a few months old.

Officials learned of the pack, called the Shasta Pack, from cameras posted around the area after speculation of its existence. In May, nearby cameras captured images of a large, dark-colored animal that experts thought could be a wolf. And then in June, researchers studying a deer saw tracks from either a wolf or a dog.

Director of the Department of Fish and Wildlife Charlton H. Bonham said in a statement:

“This news is exciting for California. We knew wolves would eventually return home to the state, and it appears now is the time.”

Gray wolves were hunted to near extinction in western U.S. They are now protected in California under the Endangered Species Act, which is contributing to the wolf’s slow rise in numbers. The presence of this Shasta Pack may indicate a comeback for gray wolves in California.

Images of the Shasta Pack from California Department of Fish & Wildlife: 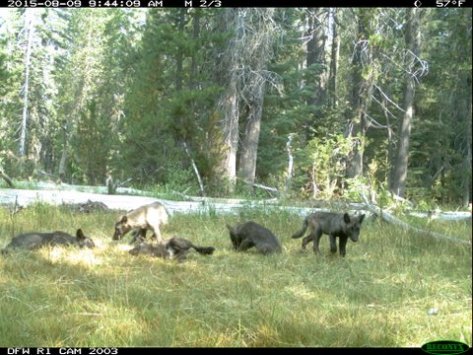