Photo by Ganesh Raghunathan / CC BY 2.0

Just 5 months after the death of Cecil the lion, the U.S. is making moves to protect lions all the way in Africa.

The U.S. plans to extend its endangered species protection to those big cats, as the U.S. Fish and Wildlife Service will classify lions in southern and eastern Africa as threatened and those in central and western Africa as fully endangered. This will put into practice tighter restrictions on the import of lion trophies and body parts.

This plan is significant because around 50% of all lion hunting in Africa is carried out by Americans. More than 5,600 lions have been poached and imported by American hunters in the last 10 years, according to U.S. Fish and Wildlife Service.

With these new rules, people will be prohibited from bringing lion parts into the U.S. if the lion is from a country where they are endangered. In addition, any hunter that does bring a trophy in, will have to show that they were “legally obtained” from countries that have a “scientifically sound management program that benefits the subspecies in the wild.”

An international study found that the number of African lions have dropped by half since 1993 and are expected to decline another 50% the next 20 years in west, central and east Africa. Decreasing lion populations are caused by hunting, as well as habitat loss, and these new rules put the burden of proof on hunters.

Although lions are suffering these dramatic declines, they are only listed as vulnerable by the International Union for Conservation of Nature (IUCN). The organization estimates that there are around 20,000 lions total left in Africa.

“The lion is one of the planet’s most beloved species and an irreplaceable part of our shared global heritage. If we want to ensure that healthy lion populations continue to roam the African savannas and forests of India, it’s up to all of us – not just the people of Africa and India – to take action. Sustainable trophy hunting as part of a well-managed conservation program can and does contribute to the survival of the species in the wild, providing real incentives to oppose poaching and conserve lion populations.”

It’s the lives of lions and leopards versus the livelihoods of local people.

This May, Zambia lifted its 2013 ban on hunting big cats because it was affecting wildlife resources and the lives of people, especially in the game management field. Profits from hunting these animals are expected to benefit both.

The ban was imposed in January 2013 to help declining lion populations caused by hunting, over-harvesting and habitat loss. Then, the population was estimated to be between 2,500 and 4,700, and both lions and leopards were facing their biggest threat since the 1980s. President of Green party of Zambia Peter Sinkamba told the Lusaka Times:

“We all know that the number of lions and other big cat species in Zambia’s major parks is depleted and limited due to poaching and other anthropogenic activities…Much as we are aware that the PF [Patriotic Front] government is facing serious budget deficit challenges, it is extremely outrageous to resort to unleashing safari hunters on to limited populations of big cat species, regardless of the fact that safari hunting is allegedly most profitable. This type of approach is definitely awful. Posterity will judge our generation harshly for having been responsible for depletions of rhinos, black lechwes and other species.”

In lieu of the ban, Zambia will adopt similar regulatory methods to those currently used in other countries like Tanzania, Mozambique and Zimbabwe. Leopard hunting resumes this year, in the 2015-16 season, while lion hunting cannot resume until 2016-17 – and both with very cautionary quotas, according to Tourism and arts minister Jean Kapata.

“Zambia has the chance to benefit from wildlife tourism for generations to come if conservation efforts are successful. The poaching crisis in southern Africa is a growing international concern.”

This year, seven lions were reintroduced to Rwanda, where the wild population died out a few years after the 1994 genocide.

Two males and five females were taken a 30-hour journey from South Africa to Akagera national park, a 276,800 acre area in Rwanda that borders Tanzania. The park is equipped with electric fencing and the lions with satellite collars.

Lions were wiped out in the region following the 1994 Rwanda genocide when refugees and displaced people killed the last of the lions to protect their livestock. But the endangered animal’s return symbolizes both a success for conservation and for the nation. Akagera is only about a two hour drive from Rwanda’s capital and an important tourist destination that could see a surge in popularity from the return of the lions.

As of last month, the lion is still listed as vulnerable in the world by the IUCN with the threat of wildlife trade increasing. But Akagera park provides these animals with a safe, natural habitat where they can hopefully flourish. Park officials are also working to reintroduce rhinos in Akagera, which, if successful, would be another great conservation achievement.

India’s population of endangered Asiatic lions has increased by 27% since 2010, a great victory for the species.

Found only in the Gir forest of Gujarat, the Asiatic lion (Panthera leo persica) is the smaller cousin of the African lion and has a fold of skin along its stomach. They were once critically endangered but have steadily increased.

“There are 109 male lions, 201 females and 213 cubs in the Gir sanctuary and nearby forest areas of Junagadh district.”

The census showed 359 in 2005 and 411 lions in 2010, making this year’s 523 a triumphant 27% population increase over the last five years. However, while the rise in numbers is a victory for the lions, it poses new challenges managing habitat and conflict with humans. World Wildlife Fun India director Diwakar Sharma says:

“This is good news on the conservation front but bigger populations in bigger areas increases the challenge of managing land, human and animal conflict.”

There is a great deal of international scrutiny over India’s conservation efforts because it is home to several endangered species. Fortunately, conservation in India is being recognized today, as various populations have experienced increases in the recent years, including a 30% increase for tigers since 2010. 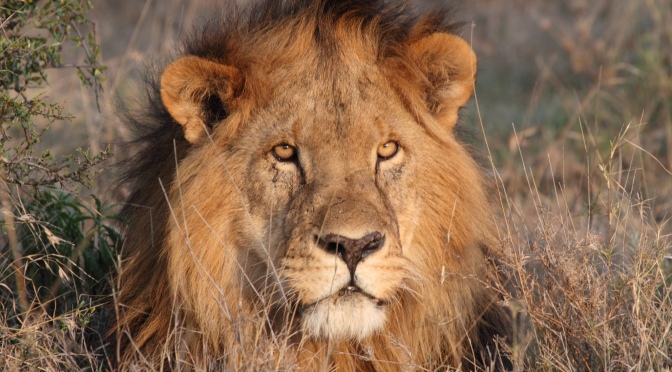 We’ll kick off our featured photos with the animal that has been considered king of the animals by most civilizations for it’s great strength, predatory nature and majestic appearance: the lion. 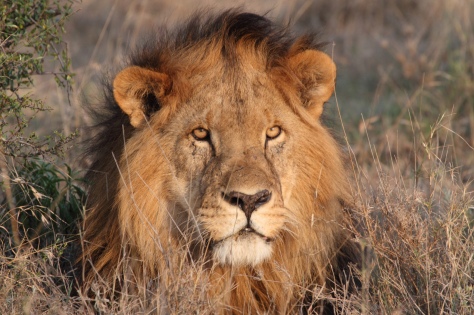