The eastern cougar is being removed from the list of endangered species and added to the list of those extinct. After a four-year review, the U.S. Fish and Wildlife Service (USFWS) has confirmed the animal’s extinction.

Eastern cougars, which averaged six to eight feet long and 105 to 140 pounds, were a subspecies of North American cougars. They were once found all over the continent, from Canada to South Carolina, but with their recent extinction, they no longer need federal protections from the Endangered Species Act.

USFWS launched an extensive investigation into the status of eastern cougars in 2011, which included information from 21 states and Eastern Canadian provinces, as well as hundreds of sighting reports dating back to 1900. The agency found that today’s infrequent cougar sightings in the eastern U.S. were likely members of the species that wandered to Florida from the west or were released from captivity. 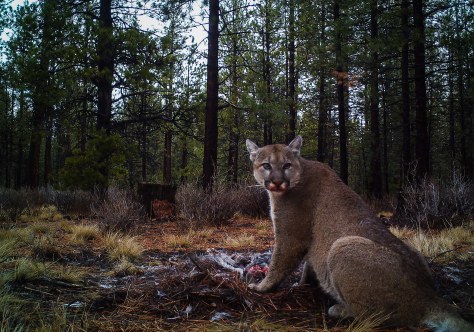 Eastern cougars were originally declared endangered in 1973, but the beginning of their demise dates back as far as the 1800s when European immigrants arrived and killed the predators to protect themselves and their livestock. The population decline is also linked to past destruction of forests, which drove the cougar’s main prey, the white-tailed deer, to near extinction.

Cougars in general – also known as mountain lions, pumas and panthers – used to be the most widely distributed land mammal in the western hemisphere. But extermination campaigns diminished the population and reduced its range to approximately two-thirds of the original distribution. In the U.S., The only remaining breeding population of cougars east of the Mississippi river is the Florida panther.